BANG!! THE COMPLETE HISTORY OF THE UNIVERSE

The long-awaited update to the bestselling guide to the Cosmos 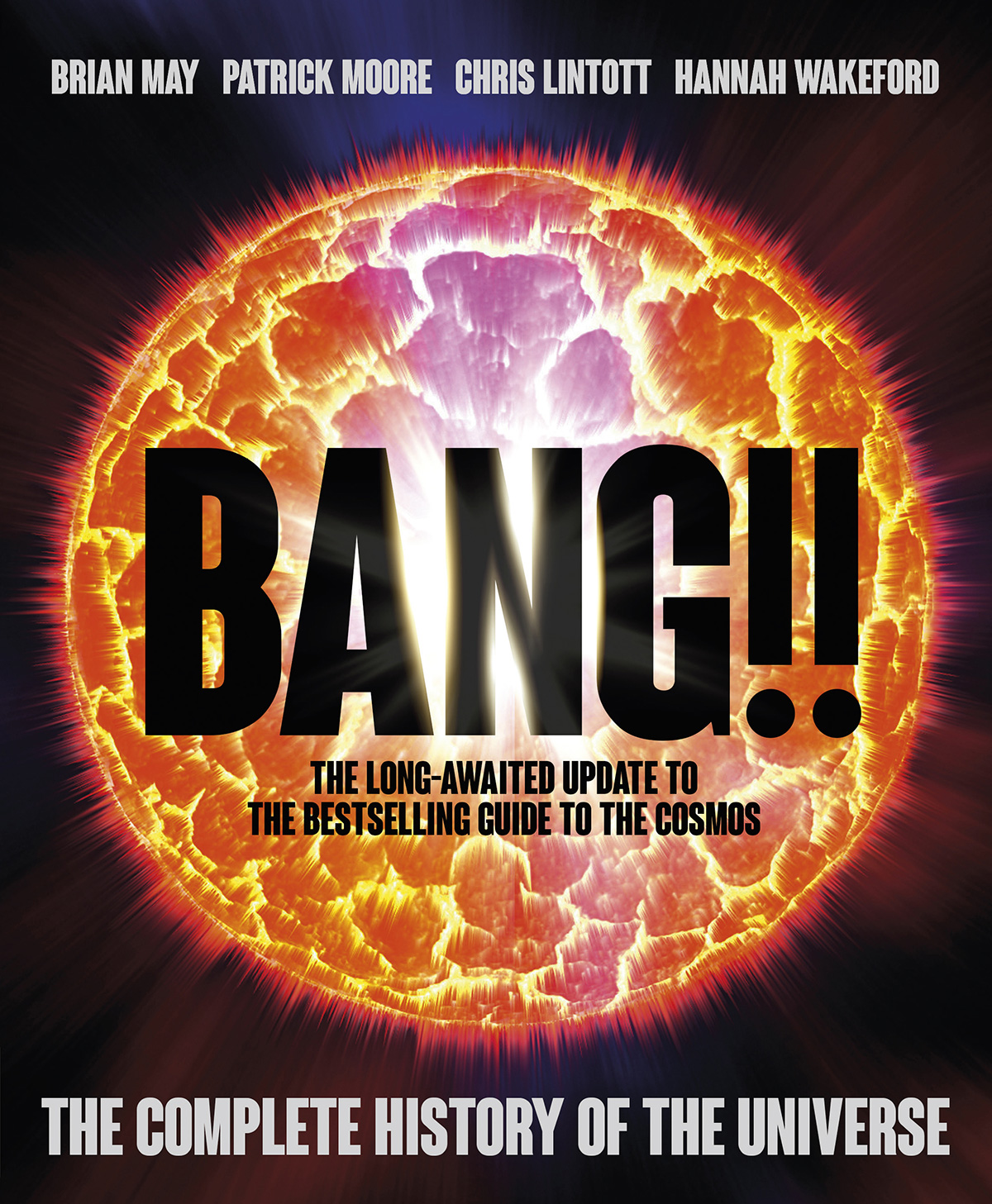 In 2004 a rock star, a TV astronomer and a young research astronomer sat down to write the story of the Universe in the order in which it happened, from its birth at the Big Bang 13.8 billion years ago, through to its ultimate demise in the unimaginably far future.

The aim of this book was to explain the Big Bang and everything that followed in a way that made sense, in the strict order in which events occurred, and without using maths, so it would be understandable to everyone, regardless of educational background. The original edition of Bang! was a bestseller, and a go-to for anyone with a passion for learning in depth the story of the origins and evolution of our Universe.

Since the first edition, thousands of planets have been discovered, the possibilities for life in the cosmos have expanded and legions of unmanned probes have explored our own solar system, bringing back fresh images and new science. In this book all the latest findings about the evolution of planets, stars and galaxies are included, together with the current thinking about the origins of Life. The latest ideas about Dark Matter and Dark Energy are explained, all illustrated with new images from the world’s largest telescopes and space missions.

“I’m thrilled that this original labour of love has been able to be reborn, thanks to brilliant input from Dr Wakeford, and the incorporation of much new material by Dr Lintott, who is intimately acquainted with the flood of new knowledge available in 2021, from his position as one of Britain’s foremost science communicators.  I’m confident that the new Bang !! will inspire a whole new generation of budding astronomers.”
BRIAN MAY

“The pace of discovery since the publication of the first edition has been incredible; the discovery of thousands of planets around other stars has rewritten much of what we thought about the formation of our own world. It was incredibly exciting to bring Hannah’s expertise in to explain the new science of the Solar System’s formation – and to tell the stories of all these other worlds.”
CHRIS LINTOTT

“Thousands of new planets orbiting stars across the night sky, an ancient dream and a modern reality. I am excited to bring the story of our solar system and the new planetary systems being discovered every week to everyone so we can collectively marvel at how the science can help us understand our place in the habitable universe.”
HANNAH WAKEFORD